A downloadable game for Windows

Bloom! is a fast-paced Arcade game where you have to grow your garden starting from nothing but a single plant. Defend your garden from some pesky worms that are really hungry.

If you reach level 5, be prepared for the BEEG WORM. He is beeg and doesn't mess around. He's also SUPER hungry.

Made in 1 week for Kindred Game Jam #6. My first game! In the beginning, there was nothing... and then a plant sprouted out of the ground! And then there were a whole lot of them. And you got it there from nothing but that first plant. Simple enough, and hopefully people get where I came up with the idea using the theme at hand!

- Both the pause menu and upgrade menus have some issues when used together. Nothing crazy should happen as long as you only use the upgrade menu in a playthrough, but using both in tandem seems to have adverse effects such as breaking the camera or buttons not disappearing once you hit Play.

- VERY small chance of watering can hurtbox not spawning when holding left click. This causes plants to not gain saturation when being watered but can be fixed by releasing left click and watering again. Not sure as to why it happens and it has been a bug from the start that I couldn't find a fix for by the deadline. :(

- Made almost entirely with a single 16 bit palette, sweetie16.

- Entire game (minus high score screen and intro splashes) were done in a single room/cell.

Thank you for checking out my game!

yeah it can get pretty hectic, glad you liked it! 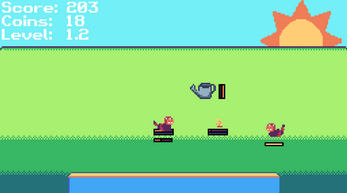 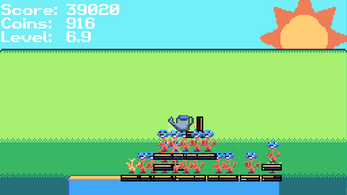 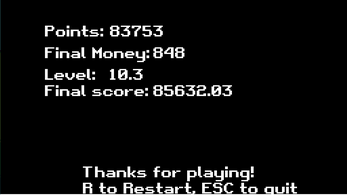